Growing CO2 emissions and increasing levels of air pollution mean that now more than ever it’s important to address your carbon footprint, and choosing to switch to an electric car is just one way you can reduce your fuel consumption to help prevent environmental harm.

Electrical engines have been around since the 19th Century, yet they’re still relatively new in terms of mainstream use, therefore it’s understandable that prospective EV owners might wonder about the availability of charging stations and how easily they can top up their car. 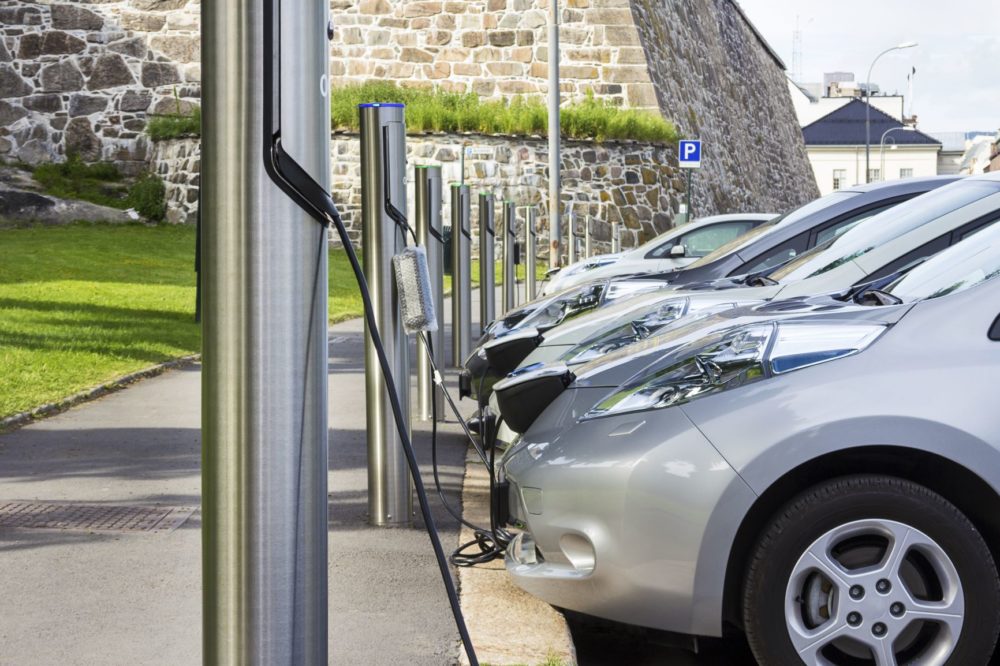 However, more and more energy and electricity providers are starting to take responsibility for providing EV infrastructure to meet the growing demand for electric car charging, therefore there are now more charging stations available to use than ever.

Want to find out where the closest electric car charging station is? Check out our handy map where we’ve pinpointed the exact location of every local charging port so you can re-charge wherever you are.

Keep a cleaner conscious knowing you’re driving around on clean energy instead of further contributing to the effects of global warming, with the confidence that if you’re running low on power you can re-charge at one of the charging stations near you.

The increase in the number of charging stations for electric vehicles was gradual at first but has become more steady as the number of electric cars on the road has also grown.

Whether you need rapid, fast, or slow, there’s now a charging speed to suit every situation.

Unsurprisingly given their name, rapid chargers offer the fastest charging speeds and therefore take the shortest amount of time to reach full charge, which makes them a great option to have at gas stations and other locations near busy routes.

It varies from model to model, but some EVs can reach 80% charge after just 20 minutes of being plugged into the charging port, although it should be noted that the charging time slows down for the last 20% to be more efficient and battery conserving.

There are currently 3653 DC fast-charging stations dotted around the U.S., yet only cars that are compatible with rapid-charging can be used at these types of stations.

With that being said, a mere 16% of public charging stations feature Level 3 DC Fast Charging units.

You’ll typically only need 4-6 hours to charge a compatible 40 KWh battery EV using a 7kW charger, or even a little as 1-2 hours with a 22 kW charger.

They’re often found at malls, stores, theme parks, and other destinations where you’ll be parked up for some time.

These charging stations are slower but also cheaper than the rapid charge stations.

Because of the drop in charge time once you’ve reached 80% capacity, it’s worth switching to a level 2 charging station which will be just as efficient at this point but for a lower cost.

Not recommended for short-term charging due to their extra-long charge times, this is the slowest way to charge your electric hours and can take more than 10 hours.

If you find a slow unit at a public charging station it’s likely quite old, as this is no longer a commonly used charging type for electric vehicles.

Their longer charge times means they’re mainly used for home-charging where your car will be parked for hours, although you may find a few workplaces with this type of charging station.

You’ll need to connect using your own cable if you’re hoping to charge up using one of the points, as the majority of slow charging stations are untethered.

It’s super easy to connect your car up to an electric charging point, just plug one end into your vehicle and one end into the connector port.

The hard part is knowing which cable you need, and which ports are compatible with your car.

This depends on the on-board charger that has been installed in your vehicle, as some are incompatible with rapid charging.

On the other hand, EVs with larger batteries, for example, have a bigger capacity and benefit more from rapid charging.

The electric vehicles that are currently on the road are universally compatible with the U.S. standard Level 2 chargers, or SAE J1772 as they’re officially called.

Even Tesla vehicles can use an adapter that converts their Supercharger connector so it can work with a J1722 plug.

When it comes to rapid charging, the CHAdeMo and SAE Combo (also referred to as ‘Combo Charging System’ or CCS) are the most common type of connectors, although it’s worth noting that they cannot be used interchangeably.

How Much Does it Cost?

The cost of public EV charging can hugely vary depending on a number of factors. How much charge you end up using plays a big part as does the type of charging.

Rapid charging, for example, will typically cost more than fast charging as you’re paying for the convenience, and because the units are more expensive to install.

The cost of electricity also varies between different networks, and you can even find some charge points that are free of charge if you’ve signed up (and paid for) the membership.

Overall, whichever type you choose, electric charging costs much less than what you’d end up paying for a full tank of gas.

Even with the help of our handy guide showing you exactly where to find them, locating and traveling to public charging stations is hardly an ideal solution every time your car is running low on power, which is why the majority of EV owners invest in a home charging station.

Simply plug it in when you arrive at work and by the time you clock off, you’ll be fully charged.

However, if you don’t have access to either of these options, then public electric car charging stations are invaluable.

They’re also extremely useful for providing convenient top-up points when you’re traveling long distances where even a full charge won’t cut it, so next time you set off on the road why not check out which charging stations will pop up along your route?