Elon Musk isn’t alone in his desire to encourage the biggest shake-up of the automobile industry in more than a hundred years.

The time when there are no gasoline-fueled cars left on the roads of America is getting nearer every single day.

There will come a time, probably sooner than you’d like to imagine when you won’t have any choice in the matter.

You’ll have to drive an electric car or you’ll be stranded and left behind by the unrelenting progress of history and technology. 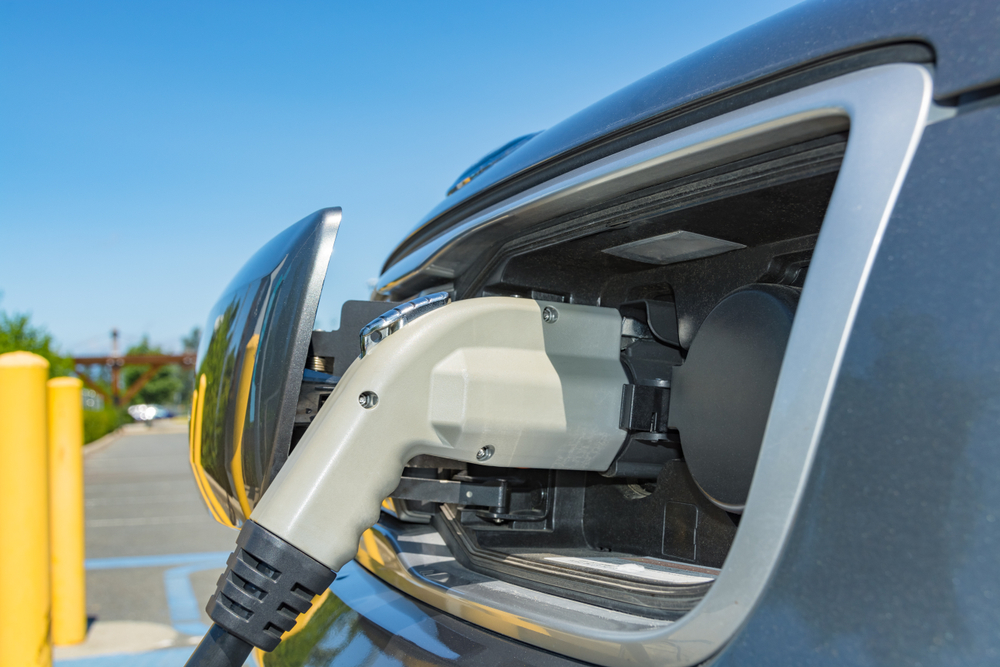 Whether you like it or not, the age of the electric car has arrived, and knowing that sooner rather than later you’ll be behind the wheel of one can be more than a little worrying.

After all, electric cars are governed by a different series of rules and regulations, and just thinking about all of the changes that you’ll have to make to adapt to driving one is enough to make you feel anxious.

The personal infrastructure that you’ll need in order to be able to drive your car to and from work every day and the cost of having that infrastructure installed in your home just adds to the financial burden and everyday stress that you’re already worn down by.

The first thing you need to do is to stop worrying and stop being terrified about what tomorrow will bring.

Forget about all of the urban myths and mistruths you’ve heard about electric cars because owning and driving one is a lot more affordable than you probably think it is. And getting ready to run one by having a charging station fitted in your home, couldn’t be easier.

We’re here to help you make the switch from gasoline to the grid, and that’s why we’ve put together a list of five of the best Level 2 EV Charging stations you can equip your home with for less than five hundred dollars.

It’s time to step out the light and get ready to meet the day after tomorrow head-on because the future of electric cars is so bright (and affordable), you’re going to have to wear shades…

One of the largest manufacturing companies in Europe, it’s hardly surprising that Siemens is already prepared for a time when there’s an electric vehicle on every driveway.

Their Level 2 EV home charger is designed to be efficient, simple to use, and to make sure that your electric car is always fueled and ready to go.

Made to be universally compatible with every electric vehicle that’s currently on the road or about to hit the road in the foreseeable future, the US2 is supplied with a bracket to fit to an inside or outside wall and can draw the power it needs from the grid via a dryer outlet.

A thirty amp charger, the US2 can be fitted inside your garage or on an outside wall and has a three-year warranty that covers the unit and all the wear and tear that regular charging will subject it to, regardless of where it’s fitted in your home.

Having taken into account that their charger is likely to be positioned outside, Siemens has made sure that it won’t be hampered by the wildly changing weather, as it’ll operate with pause or hesitation between minus thirty and fifty degrees centigrade.

And even if another member of your family does decide to park in front of it and hog the best charging spot, thanks to the US2 being equipped with a twenty-foot long cable, you’ll still be able to pump all the power that they’ll need into your electric car’s batteries.

Founded in New York just under a decade ago, Megear is solely dedicated to designing, engineering, and manufacturing charging equipment for electric vehicles.

So you know that you’ll be in good hands if you install one of their charging stations in your home and choose Megear to power your electric vehicle.

Compact and fitted with eighteen feet of charging cable, the Megear was made to be flexible, so you can find your own ideal spot to mount it in your garage.

And it’s been built to take all the hits that life inside a garage will undoubtedly hand out to it and keep on charging.

Imbued, and fitted, with a host of safety features including self-inspection on boot up, automatic power off and restart recovery, and a fault recovery function, this charger was made to power and protect your electric car.

Charging at thrift two amps, it’ll add between twenty and twenty-four miles of range to your car for every hour that it spends hooked to Megears charging station and will power up your vehicle six times faster than a standard one hundred and twenty-volt charger.

EVoCharge believes in keeping things straightforward, simple, and easy, and that’s why their EVSE charger is supplied within everything that you’ll need to charge your electric vehicle almost straight out of the box.

All you need to do is find somewhere to mount it, plug it in and it’ll be ready to start powering up your electric car.

Fully compatible with every make and model of electric vehicle, the EVSE is easy to mount either indoors or outside and is powered via a standard NEMA 6-50 plug.

Conforming to every single safety standard in North America and Canada, it’s been rated as being safe to use outside regardless of the weather, and won’t let any rain, snow, or hail get in the way of you being able to charge your electric vehicle.

Built to charge up to eight times faster than a Level One unit, as long as your vehicle is connected to the EVSE, it’ll add up to thirty-five miles of range per hour to its batteries. With a little EVoCharge technology installed in your home, your electric car will go a lot further.

With less than five years of experience under their collective charging belt, Mustart has already forged the sort of reputation that it would take other brands a lifetime to acquire. And their solution to the Level Two EV charging dilemma?

Make the charger portable, so that no matter where you are, you’ll never run out of power for your vehicle as long as there’s a socket available.

Engineered to be compatible with all plug-in electric vehicles, this twenty-five-foot long, fully portable charging station is lightning-proof and has leakage, overvoltage, overcurrent, and overheat protection built-in.

Best of all though, it’s been engineered to charge your car four times faster than a generic one hundred and twenty-volt unit and can add twenty miles of range to your vehicle for every hour that it’s connected to it, regardless of where it is connected to the grid.

Mustart is so sure that their charger will happily cater to all of your vehicle’s electrical needs that they provide a two-year warranty with all of their equipment.

So if your charger does fail during that time window, they’ll either refund your money or replace your charger. The choice entirely up to you.

A best of both worlds charger from Canada, the Grizzl-E is a wall-mountable Level Two EV charger that can also be easily removed from its mounting and taken on the road with you, if you’re heading on a vacation in your electric vehicle.

It comes with everything that you’ll need to fit it inside or outside your garage and has been tested above and beyond Canadian and North American safety limits, and nothing phased it or stopped it from doing what it was designed to do.

Water and fire-resistant, self-monitoring and made to recover from any of the unseen disasters that could befall it, the Grizzl-E has just about every current and voltage protection known to mankind built into it, and on top of all that comes with a bulletproof three-year warranty.

Anything you need it to do, as long as that anything is centered around the charging of an electric vehicle, the Grizzl-E will happily step up to the plate and do.

A heavy-duty charger that can pump up to forty amps of charging power out as soon as it’s connected to the grid, the Grizzl-E will add thirty miles of range to your electric car for every hour that it’s connected to it. It’s a Northern monster that’s as versatile and adaptable as it is powerful.

Which Level 2 EV Charger Is The Best One For Me?

As all of the Level 2 EV chargers on our list are fixed at a similar price point, the best charger you can install in your home is the most versatile and adaptable, which just so happens to be the EV charger that we use to power our BMW i3. And that’s the Grizzl-E.

It’s fast, reliable, and in the eighteen months we’ve been using it to charge our car on a daily basis, it hasn’t let us down once. Welcome to the future.

What Is A Level Two EV Charger?

A Level Two EV (electric vehicle) charger is a home-based or portable charging station that has been designed to charge electric cars and vehicles.

The Level Two part of its name refers to the fact that it requires two hundred and forty volts of power to deliver between sixteen and forty amps of charge to the vehicle that it is connected to.

Engineered to be faster and more efficient than Level One chargers, Level Two EV chargers can add anything up to thirty-five miles of range to a vehicle per hour of charging.

One of the hidden benefits of most Level Two EV chargers is that they are usually eligible for localized utility rebates, which can help to reduce the cost of installing them, which in turn helps to make them and electric cars a much more attractive option for anyone thinking of switching from gasoline to grid-powered transportation.