Electric cars are the future. But then, you already know that and that’s why you’re here.

Just like we are, you’re almost certainly aware that humanity is sailing toward an ecological point of no return and that each and every one of us is responsible for ensuring that there is a future for our descendants and our children.

Knowing that you can make a difference, you’re probably thinking about playing your part in helping to preserve the future and cutting your carbon footprint to zero by making the change from a traditional gasoline-powered car to an electric one.

Change is never easy and taking that step into the unknown and abandoning the past in order to embrace the future can be terrifying.

And the idea of trying to find out how to install and operate everything that you’ll need to run an electric car isn’t just dizzying, it’s enough to make your head spin. 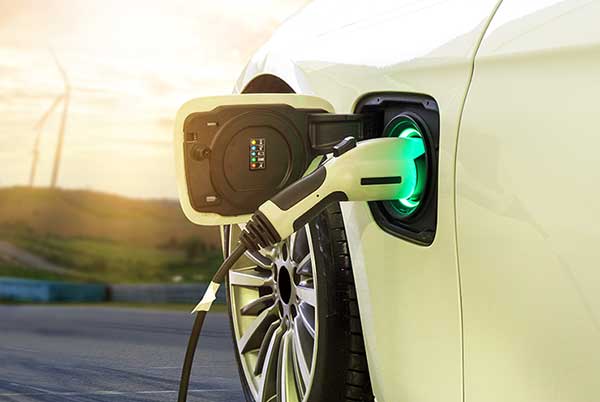 And the good news is that they’re nowhere near as expensive or as difficult to use as you probably think they are.

In fact, we’re going to show you how easy it can be by comparing two of the most straightforward, simple to use EV charging stations, the Amazon Basic and the Juicebox, to help you to decide which one is most suited to, and best for, you. Are you ready to join the electric revolution?

Welcome to Amazon Basics versus Juicebox…

While they’re not the first name that immediately springs to mind when you think about electric cars, Amazon has taken their first confident step into the world of electric vehicles and has designed, engineered, and released their own EV charging station.

Actually, that’s not quite true as the charging station was, and is made by Lite-On, a Taiwanese company with a forty-five-year history of electronic consumer goods manufacture under their belt.

If you’re unsure about Amazon’s ability to step up to the EV charging plate as it’s a little bit outside of their comfort zone and wheelhouse, you can rest assured that the company that they chose to make it for them, knows exactly what it’s doing.

Amazon’s EV charging station is a Level 2 unit, so it’s purpose-designed to run off a home-based two hundred and forty-volt electrical system and convert that power into the thirty-two amps that it uses to fill the batteries of any electric vehicle that it’s charging.

It’s a hardwired station that can either be fitted indoors or outdoors according to how much available room you have and whether or not you have a garage with enough room for you to charge your car.

Because it’s been fashioned to be as effective outside as it is inside, Amazon’s EV charging station has been made from impact-resistant, highly durable polycarbonate, that will take all of the knocks that everyday life can throw at it and shrug them all off. It’s also water, dirt, and dustproof and has a NEMA -4 certificate to prove that it can withstand the elements.

Its slimline design also ensures that it won’t take up any more room or space than it absolutely needs to and won’t look out of place on an exterior wall or be an obtrusive nuisance in your garage.

And because they know that sometimes you need a little breathing room to charge your car, Amazon has fitted it with a twenty-five-foot cable so that even if another car has parked in your spot, your charging station will still be able to reach and charge your car.

That’s not all though, as the charging unit has also been designed to feed your car with all of the mains power that it needs at up to six times the normal speed of a standard charging outlet.

As long as it’s connected to your car, it’ll add roughly twenty-five miles of range to its batteries every hour. So when you get home at night you can just plug it in and leave it to charge overnight.

And then the next morning, you can just unplug your car, hop in and it’ll be ready to go as soon as you are.

There are, however, a few notable issues with Amazon’s EV charging unit that you might want to consider before actually investing in it, and fitting it, in your home.

The power cord that connects the charger is short, and a little stuff so you might have to spend some time lining it up properly to ensure that everything is fitted properly and securely.

The other issue is that, like the rest of Amazon’s Basics line, it’s incredibly, well, basic. It won’t win any beauty or design awards and is simply a utilitarian EV charger that’s been made to do one thing and one thing alone.

And that one thing is, charge your electric car.

The aptly named JuiceBox is an EV charging station that’s been slowly, but surely making a name for itself among its legion of dedicated fans who swear by its superior performance and functionality.

Built by Boston’s very own Enel X, the JuiceBox is an American-made solution to the home charging problem that takes everything a standard EV charging station was meant to do and pushes it all the way up to eleven.

Like Amazon’s Basics model, the JuiceBox is a Level 2 charging station, which means that it was purpose-designed for home use and will happily run off a standard two hundred and forty-watt mains supply.

The Juice Box will charge your car at roughly the same speed as the Basics will, and at the same amperage over the same amount of time.

And like Amazon’s EV charger, the JuiceBox has a twenty-five-foot long plug-and-go cable, and has been designed to be mounted either outdoors or indoors, and withstand whatever the weather can throw at it, but that’s where the similarities end.

The JuiceBox has also been fitted with a built-in cable rack and security lock (so that no-one can steal your juice when you’re not home if the Box is fitted outside), is eligible for any local utility company incentives and rebates that may be in place, and comes with a standard, three year home usage warranty that protects you against any, and all faults and disasters that might befall your JuiceBox.

The thing that we like best of all about the JuiceBox though, is that its WiFi and Alexa enabled. You can hook your car up the JuiceBox, and connect your phone to it, and the app that it uses will give you complete control over the unit.

You can set the charging to start during the times when the price of electricity is at its lowest or a time that’s convenient for you from our phone and the JuiceBox will let you know when the charging cycle is complete, so you can switch it off, so it won’t over-charge and reduce the effective range of your car’s batteries and will keep all of the charging costs to a minimum.

All of that added technology does come with one inherent flaw, and that’s the WiFi connectivity. A minority of users have reported that the Juicebox’s WiFi connection can become unstable and cause it to disconnect from your internet and phone.

And if that does happen, there’s a chance that when you get in your car in the morning and are about to head off to the office, that it might not be as fully charged as you’d like it to be.

The warranty might also come in handy, as the JuiceBox can develop charging issues, and its built-in LED display can tell you that it’s doing one thing when in reality, it’s doing something else entirely.

JuiceBox Vs Basics - The Verdict

While they’re both incredibly effective and efficient EV charging stations and will do everything that you’ll want, and need them to, we can’t help waving the chequered flag for the JuiceBox.

As well as qualifying for local utility rebate schemes, which are guaranteed to save you money in both the short and long term, the JuiceBox has a bulletproof three-year warranty that outlasts the Basics guarantee by twenty-four months.

Then there’s the JuiceBox’s party piece, the features that make it stand head and shoulders above the Basic, and that’s the fact that it’s both WiFi and Alexa voice control ready and enabled and will keep you abreast of, and give you full control over, the charging process at every stage of the game.

And if that wasn’t enough to convince you, for some strange and inexplicable reason, the JuiceBox is considerably cheaper than Amazon’s Basic range EV Charger. All that functionality and it won’t hurt your pocketbook anywhere near as badly as the Basic will? It seems like the future really does belong to the JuiceBox.

It’s important to remember that while there are faster EV chargers available, both the JuiceBox and the Basic are Level 2 stations that are designed to be connected to your home’s main supply and charge your car directly from that.

They won’t fill your car up in minutes, it’ll take them hours instead. So don’t expect miracles, and remember, that even though they can change the world, all revolutions begin slowly.