One of the main reasons why more and more drivers are choosing to opt for electric over fuel or even hybrid cars is the environmental impact.

Electric cars, generally speaking, are marketed as an environmentally-friendly alternative to petrol and diesel vehicles. By driving an electric car, manufacturers claim, you can reduce the amount of emissions released by your personal mode of transport and lower your overall carbon footprint.

But to what extent are electric cars really better for the environment than their fuel-driven counterparts?

This article will break down the science behind why electric cars are considered the more environmentally friendly option, as well as how the manufacture and ownership of electric cars impact the environment in practice. 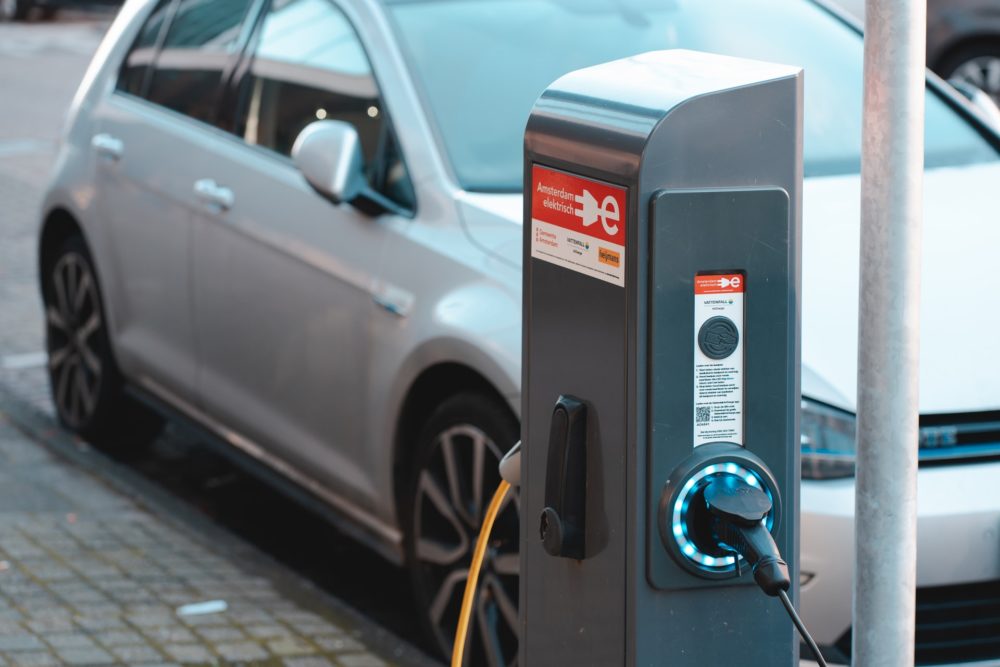 Put simply, instead of the fuel tank and traditional engine you’ll find in petrol and diesel cars, electric cars have electric motors which are powered by electric batteries.

The motor transfers power to the car’s wheels using a drivetrain. A drivetrain isn’t actually a singular part of an electric car, but a collection of components that work together to deliver power to the wheels. These components can include the car’s transmission system, the driveshaft, and the differential.

The battery of an electric car can be charged either from home using a home charging point or at designated charging stations.

Now, because electric cars don’t have combustible engines, they don’t have exhaust pipes either, which means that an electric car will not emit greenhouse gases such as carbon dioxide, methane, and nitrous oxide.

Because these gases (particularly carbon dioxide) are some of the primary contributors to global warming and climate change, the lack of emissions of this kind produced by electric cars makes them, in theory, an excellent choice for reducing the negative impact of human activity on the planet.

Based on the scientific theory alone, electric cars seem like the indisputable champions of environmentally friendly driving.

There are, however, some factors of electric vehicle production and use that may reduce the energy efficiency and environmental benefits of electric cars.

For one thing, evidence has demonstrated that the particulate pollution created by tire wear may actually be more damaging to the environment than pollution by exhaust emissions. This is largely because exhaust emissions are strictly regulated in car manufacture, whereas this is not the case for tire emissions.

As tires and brakes are worn down through driving, they release microplastics and other chemicals into the air. These particles are major contributors to the problem of atmospheric pollution, and because electric cars are typically heavier than traditional vehicles (although they feel lighter to handle) EVs produce more of these pollutants than other cars. In fact, some studies have estimated that pollution from tire wear can be up to 1,000 times worse than exhaust pollution.

Of course, this is a very serious issue that needs to be addressed urgently by implementing strict regulations on tire construction in the automotive industry. However, one thing electric car owners can do right now to minimize the microplastic pollution created by their vehicles is to invest in tires with low roll resistance.

Low roll resistance tires are also a good step for fuel car drivers to take towards lowering the environmental impacts of their vehicles. This is because lower roll resistance means that a tire will require less fuel, and therefore, fewer emissions to move. However, these tires can also help to reduce the microplastic pollution caused by electric cars by generating less friction, and thus, less wear while driving.

Another major concern many car owners and researchers have about electric cars is the potential for battery and charging-related pollution.

Because the batteries used to power electric cars are made from elements such as lithium, cobalt, or nickel (otherwise known as Rare Earth Elements or REEs), a significant amount of mining needs to take place to produce these batteries. Mining for these elements involves a lot of pollution and depletes the Earth’s natural resources - to say nothing of the gases emitted by the power plants where these cars are manufactured.

What’s more, the process of actually charging these batteries can also potentially be damaging to the environment because most electricity is produced by burning fuels (often fossil fuels), which releases greenhouse gases into the atmosphere. However, even when electrical energy consumption is taken into account, the science

There are also ways for electric car owners to charge their vehicles more sustainably through renewable energy sources such as solar power or wind turbines. More and more charging stations are adopting green energy technologies for electric vehicle charging, and this is something that is likely to become even more commonplace in the future.

The bottom line is that, overall, electric cars are more environmentally friendly than other vehicles.

While electric cars certainly aren’t perfect in terms of their impact on the environment, scientific research indicates that, on balance, these vehicles do more good than harm where climate change and global warming are concerned, especially when they are used sustainably and responsibly by their owners.

In order to make sure that your electric car doesn’t produce just as much (or more) harmful emissions as a car with a fuel engine, we recommend taking certain steps towards using your electric vehicle in a sustainable way.

First, you should try to use tires with low rolling resistance so that less friction is generated and less particulate microplastic pollution is produced. You should also try to charge your electric car’s battery using sustainable, clean energy sources whenever possible.

Hopefully, as firmer regulations are implemented regarding tire and brake emissions, the remaining concerns surrounding electric car pollution will be minimized and electric vehicles will become an even greener transport option. For now, though, electric car owners can rest assured that their choice of personal transport is a step in the right direction.