In this day and age, the debate surrounding the impact of motorized transport on the environment is more heated than ever before. At the center of this debate is the electric car, otherwise known as an electric vehicle or EV.

While there are those who argue that electric vehicles are the future of green transport, there has been some pushback against the portrayal of electric cars as completely harmless to the environment.

To complicate the matter even further, there are factors such as running costs, convenience, and personal lifestyle considerations to take into account.

If you've been wondering whether or not you should buy an electric car based on any of these factors, you're in exactly the right place. We've done our homework and

In this article, we'll be covering the benefits and drawbacks of buying an electric car from all of the perspectives mentioned above.

We'll be assessing the different electric vehicle types currently available on the market and discussing the importance of timing when it comes to bringing an EV into your daily life. 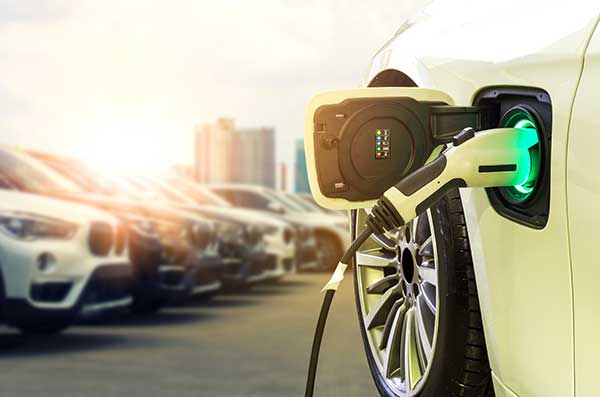 Possibly the single most influential factor making gas-powered car owners hesitant to switch to an electric vehicle is the matter of cost.

Let us start by saying that yes, it's absolutely true that the average electric vehicle costs more than most gas-powered cars.

However, it's important to consider the difference in finances between gas-powered and electric vehicles from perspectives other than the initial transaction.

For one thing, visiting your local EV charging station for a top-up is much less expensive (particularly in the long-run) than refueling with gas or diesel every time your tank runs low.

True, you may not be able to go an entire road trip without refueling, which some gas-powered cars are capable of. However, even when you factor in extra charging stops, the overall cost works out as much less.

Assuming that you're using a 240-volt, Level 2 EV charging station at the rate of about $1.50 per hour, charging your car's battery fully would cost roughly $11.  A full EV battery will probably power your vehicle for over 200 miles, with certain models delivering even higher performance times.

The Tesla Model 3, for example, can run for up to 360 miles on a single charge! This is much more cost-efficient than any gas fueling system currently available.

While some gas-powered vehicles can run for up to 700 miles on a full tank, the average price of gasoline from a New York gas station, for example, is $2.73 per gallon.

If you're working with an average-sized 40-liter fuel tank, that's 8.8 gallons of gas for a full tank, which comes to roughly $24. That's over twice the price of a full, 240-volt EV charge.

If we're comparing a gas car that can go 700 miles at full capacity to the Tesla Model 3, for instance, the costs look pretty even.

However, these numbers are based purely on the use of public EV charging stations. The reality is that most electric vehicle drivers choose to purchase a home EV charging station, massively reducing their costs and time constraints.

Generally speaking, it's cheaper in the long-run to invest in a 240-volt EV charging station for your home than it is to repeatedly pay membership or one-off fees to a public station. Level 1 (240-volt) EV charging stations are even cheaper upfront, although they're less efficient in terms of energy costs.

On top of that, other maintenance costs for things like oil changes are lowered when it comes to electric vehicles. Because no electric vehicle uses a combustion engine, you'll never need to change the engine oil as you would for a gas vehicle. At most, you may need to apply oil to your reduction gearbox.

Moreover, there are grants and tax rebates to consider. The U.S. government has set up a range of monetary incentives to encourage citizens to purchase electric vehicles. The reason for this is that electric vehicles, of course, don't produce tailpipe emissions.

We'll go further into depth on this subject later, but to cut a long story short, government-led financial and tax incentives are primarily put in place to combat the environmental impact of motorized transport.

Not all EVs and hybrids qualify for these credits. Tesla car models, for example, don't qualify, and nor do vehicles from General Motors. However, both of these car companies are due to rejoin the EV incentive scheme in the near future.

The ongoing reform in U.S. EV tax credit incentives will also benefit car companies like Chevrolet, whose new Chevrolet Bolt EV model is currently exempt from incentives until March 2021. Currently, most other EVs are eligible for credit amounting to $7,500.

Other financial incentives for electric cars come in the form of subsidies grants. Electric car incentive grants available in the U.S. include grants for research projects and other federal grants, variable state by state.

Another benefit to buying an electric car that many people are unaware of is the driving quality and performance.

Often, potential EV customers look at the average driving range for an electric car versus a gas car and automatically assume (probably as a side effect of range anxiety) that the electric version must be less functional when, in fact, the opposite is true.

If you enjoy a fast ride, an electric car is definitely the right choice for you. Electric vehicles are able to reach their maximum speeds more instantaneously than gas cars because there's no gas engine to warm up.

Moreover, electric cars are becoming faster and more powerful. For instance, the Aspark Owl can reach top speeds of 249 miles per hour and go from 0 to 60 in a mind-blowing 1.69 seconds!

With new automotive energy-saving technology being developed every day, electric cars are some of the most convenient, comfortable, and lifestyle-compatible vehicles to drive in 2021.

First-time buyers might initially worry about some of the comforts they're used to in their gas-powered vehicles. For instance, do electric vehicles have air conditioning and heating?

The answer is yes, they do! The only difference is that they use electrical power combined with compressors and resistors to alter the car's internal temperature instead of an engine.

And another piece of good news is that you can now find fully electric versions of just about any non-commercial vehicle type.

For example, if you're worried about parting with your beloved pickup truck in favor of an electric vehicle, it may comfort you to know that there are electric pickup trucks already available on the market (not to mention Tesla's upcoming Cybertruck!).

Increasingly, electric cars are being fitted with the most recent satellite navigation systems with advanced information displays. Information provided through many EV satellite displays now includes visual, map-based guidance to charge points based on the current charge status of your car!

Speaking of charge points, many people underestimate the convenience of being able to charge an electric vehicle at home on a permanent basis. This is something that will never be possible with gas-powered cars due to our limited and precious reserves of fossil fuel.

Finally, we come to the biggest point of contention surrounding electric cars.

The main feature (or lack thereof) that sets electric vehicles apart from gas vehicles is the former's lack of a combustion engine. Because EVs use battery power instead of gas power to produce energy, there's no resultant tailpipe exhaust. In the current climate, this is of the utmost importance.

Despite not being as polluted as states such as California, Pennsylvania, or even Texas, estimates by the Health Department suggest that pollution in New York is responsible for as many as 3,000 yearly deaths from related lung and heart conditions.

From an environmental perspective, New York and big cities like it are already feeling the impact of climate change in the form of increased temperatures and rising coastal sea levels.

Electric cars may seem like shining beacons of hope given all of this information, but the problem is, electric cars are still capable of producing emissions in other ways.

There are those who question the validity of the eco-friendly claims surrounding electric cars due to the fact that electricity production also produces emissions. However, scientific research has proven that the CO2 production of electric cars and plug-in hybrids is still not comparable to that of non-electric cars.

Tire emissions also pose a potential threat. As tires get worn down through use, they shed particulate emissions that contribute to air pollution.

With that being said, this could easily be rectified by tighter tire construction regulations or, as a recent study by the University of Birmingham suggested, by a regenerative braking system.

Ultimately, the environmental drawbacks of electric cars pale in comparison to the issues created by gas-powered cars.

When is the Right Time to Buy an Electric Car?

Only you can decide whether now is the best time to buy an electric car, based on the information you've been given and other personal factors.

If you're in the financial position to go ahead with the purchase, then we would absolutely encourage you to do so. With all the environmental and personal benefits involved, there's very little reason to wait.

However, if money is a concern, U.S. car buyers may wish to wait just a little while longer. With the passing of the GREEN (Growable Renewable Energy and Efficiency Now) Act on February 5th, 2021, it won't be long before the reintroduction of Tesla and General Motors' tax incentives begins in earnest.

Additionally, the automotive price decline typically observed over time may help to soften the blow of a high-tech electric car on your wallet.

Still wondering whether you should buy an electric car? Take a look through our comprehensive list of the pros and cons of driving and maintaining an electric vehicle!

So, should you buy an electric car? Ultimately, our answer to that is yes.

By purchasing an electric car or a plug-in hybrid, you'll be reducing your carbon footprint while catering to your own convenience and lifestyle comforts! What could be better?

However, making the change to an electric car is a big decision, both financially and personally.

Therefore, we would always encourage you to make the switch in your own time, taking into account all of the above information and seeking out government incentives where possible.