If you’re wondering whether you should get an electric car, you’re not alone. Electric vehicles are becoming mainstream, with more and more people switching to electric cars from gas-powered engines.

Is It Worth Buying an Electric Car?

The short answer: yes. However, to answer this question comprehensively, there are a few considerations pros and cons of electric cars we have to look at.

Additionally, there are more choices to choose from than ever before as car manufacturers make the shift. Some of the most popular EVs include Tesla Model S, Nissan LEAF, Jaguar I Pace, and VW’s e-Golf.

Are Electric Cars Cheaper to Insure?

No. According to Value Penguin, on average, electric cars are 23% more expensive to insure than their counterpart. This is one of the cons of electric cars.

One of the major reasons for this is their high-tech EV components and batteries.

These are expensive to repair when damaged, and insurance providers take this into account when calculating premiums.

Should I Buy an Electric Car or Hybrid?

This depends on your driving routine. For daily city commute, an EV is the better choice since they provide enough range to navigate the city. Also, cities provide easy access to charging stations, and EVs produce zero emissions.

Hybrid electric/gas vehicles are better for long-distance travel. They have reduced fuel consumption compared to traditional gas cars. Hybrids also eliminate the possibility of getting stranded due to a dead battery.

Yes. However, they hold their value better than conventional gasoline cars.

Fact: The Tesla Model S holds the most value, retaining 60% of its value after three years.

Why is Tesla Insurance So Expensive?

The body of a Tesla is also made from aluminum material which is much more costly than the steel on traditional cars.

Finally, like with all-electric cars, there are also the batteries that cost thousands of dollars to replace — bringing up the insurance premium further.

It should be noted, in 2019 Tesla started selling their own insurance to lower the premiums.

Do Electric Cars Get Stolen?

Yes, but they’re far less likely to be stolen than conventional gas cars.

Electric cars are difficult to steal due to innovations in technology. For instance, Tesla provides the option to start your car with a PIN code.

Additionally, Teslas have disappearing door handles — meaning that without a key, the handles will be retracted and flush with the car door’s body, making the Tesla impossible to open.

What is the Best Affordable Electric Car?

Why are Electric Cars Good?

When comparing electric cars vs gas cars pros and cons,  the former have several benefits over conventional combustion engines.

The following are the pros of electric cars.

Is It Worth Owning an Electric Car? 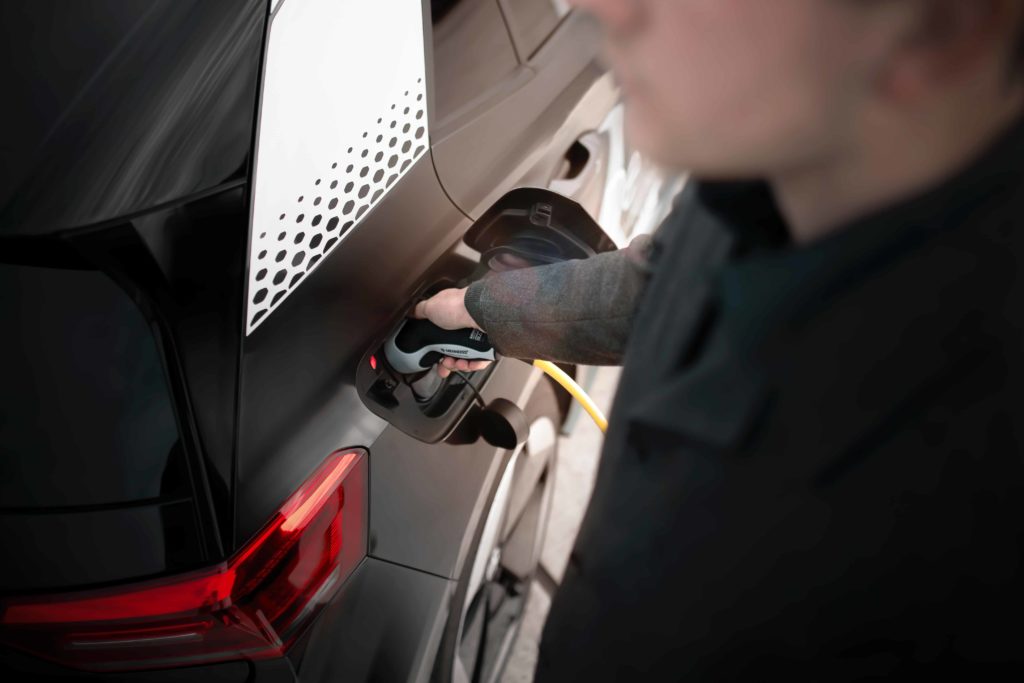 Yes, EVs save you a lot of money in the long run since electricity cost is cheaper than fuel cost. According to Energy Sage, an electric car only costs $485 in “fuel” per year, whereas a gas car costs $1,117. Furthermore, electric vehicles have low maintenance costs as they have fewer components meaning they break down less.

Yes. Electric cars are wonderful for the environment since they produce zero emissions. On top of this, electric cars can be charged using renewable energy such as solar power.

Yes. EVs don’t release any CO2 into the air (unlike gas cars). In turn, this reduces pollution by cutting down on the carbon footprint in our atmosphere.

Why Should We Switch to Electric Cars?

The U.S government offers federal tax incentives of up to $7500 to electric car buyers depending on the size of batteries and the buyer’s income. However, Teslas and EVs made by General Motors are exempted from this incentive.

In addition, a 30% or up to $1000 tax credit is offered for the purchase and installation of a JuiceBox or ChargePoint Flex home EV charging station.

California State also offers tax incentives with the aim of reducing carbon emissions by 45% by 2030.

Do Electric Vehicles Break Down Less?

Are Electric Cars Expensive To Repair?

Yes. One of the main electric cars disadvantages is repair cost. In case of battery or motor damage, prepare for a huge bill at the repair shop. A battery pack replacement for a Tesla 3 for instance, may cost up to $16000.

What Happens If You Run Out of Battery in an Electric Car?

If you run out of battery while driving an EV, the car will stop. However, always avoid discharging your battery to zero, as this causes the cells to deteriorate. Charge your EV when it drops to about 30% of charge.

How Long Do Electric Motors last?

The lifespan of an EV motor mainly depends on the driver’s driving habits and environmental factors. However, on average, electric car motors last between 15-20 years which is longer than the lifespan of the vehicle itself.

How Much Does It Cost to Replace EV Batteries?

An EV battery pack is the most expensive component to repair. You will need between $6000 and $16000 to replace the battery pack. However, batteries last as long as the car with an average lifespan of 10 years.

Can You Charge an Electric Vehicle With a Generator?

Yes. Using an inverter generator, you can charge your EV. However, it’s only recommended as an emergency rather than the primary charging mode as it takes a lot longer to do.

Also, note that some models such as Tesla don’t charge with low-quality generators which don’t produce a sine wave – a safety hazard to prevent battery damage.

What Are the Disadvantages of Electric Cars?

Why Are Electric Cars Bad?

EVs have short-range meaning they cannot be used for long-distance travel. In addition, they take too long to charge; taking up to 20 hours to fully charge.

Why Electric Cars Will Never Work?

One of the major drawbacks of EVs is the limited network of charging stations. Although more public spaces such as hotels have started installing EV chargers, there are still no charging stations in rural and remote areas.

What Happens to Electric Car Batteries at the End of Life?

EV batteries can either be repurposed or recycled at the end of life. Repurposing involves converting the batteries to energy storage for solar power. This way, the batteries become a power source for your home.

Recycling involves extracting the raw material from dead batteries and manufacturing new batteries from the material.

What’s the Average Price of an Electric Car?

The average price for an EV is between $30,000 and $40,000. This is expensive and almost three times the average cost of a new standard combustion engine vehicle.

The cheapest electric vehicle in the market today is Mini Electric that goes for about $30,000.

How Often Do Batteries Need to Be Replaced In an Electric Car?

EV batteries rarely need to be replaced. They have an average lifespan of 10 years, after which they lose so much power that they cannot power the vehicle anymore. Usually, this is also the lifespan of the car itself.

Does an Electric Car Really Save Money?

Yes. Despite their high buying price, EVs save you money in the long run due to the lower price of electricity and lower maintenance costs. On top of that, EVs hold their value better than traditional combustion engine vehicles.

Why Are Electric Cars Bad For The Environment?

Although indirectly, EVs may harm the environment.

First, CO2 is produced when charging due to the nuclear power stations that produce the electricity. Furthermore, enormous amounts of fossil fuels are used in the production of EV lithium-ion batteries.

Lastly, EV batteries are very damaging to the soil when disposed of.

What is the Downside of Owning a Tesla?

First, the range of a Tesla is affected by cold weather due to the lack of a heat pump. Only the Long Range Tesla Model Y comes fitted with a heat pump. The U.S government also doesn’t offer tax incentives for Teslas.

Lastly, software updates make old Teslas obsolete since their hardware can’t keep up with the updates. 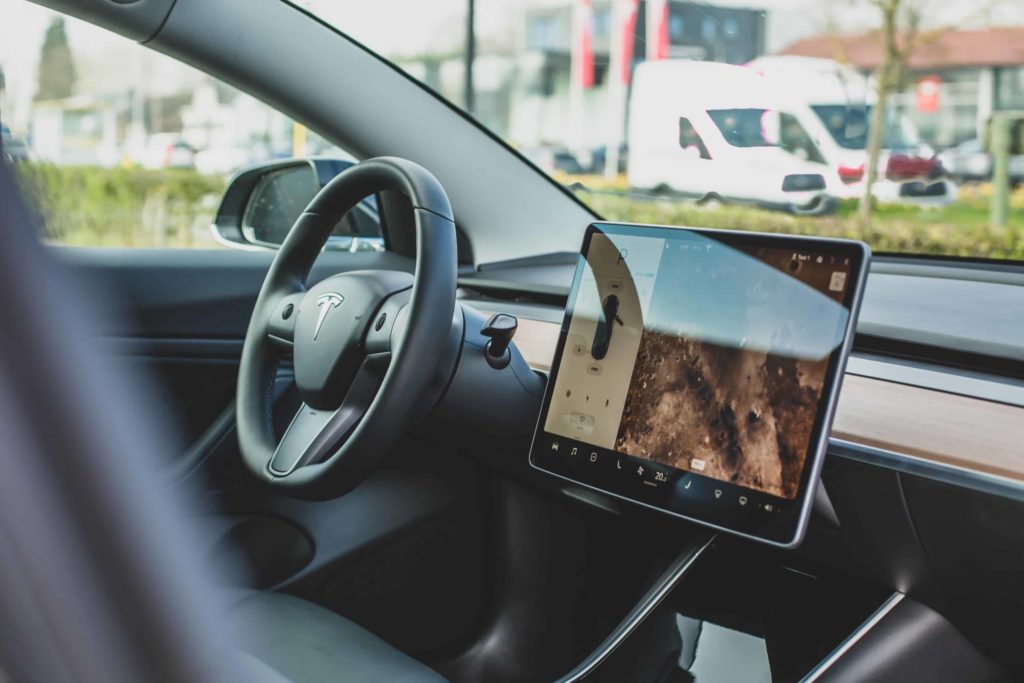 How Much Does It Cost to Charge an Electric Car Overnight?

Using a home EV charger, you can successfully charge an electric car overnight for a full charge.

To find the cost of charging overnight, you need to know the cost of electricity in dollars per kilowatt hour (kWh) and the vehicle’s energy consumption per 100 miles (kWh/100 miles) usually provided by the owner’s manual.

For an EV with consumption of 40kWh and an average cost of electricity of $0.13, it would cost $5.2 to a full battery from zero.
Next: Should you buy an electric car? Go more in-depth into all of the perspectives mentioned above with this guide.