Skip to content
Electric vehicle tax credits can save you thousands of dollars on your tax but figuring out whether the vehicle is eligible and how to claim those credits can be confusing.

We’ve got your back though. Here we are going to explore how EV tax credits work and how to claim them. 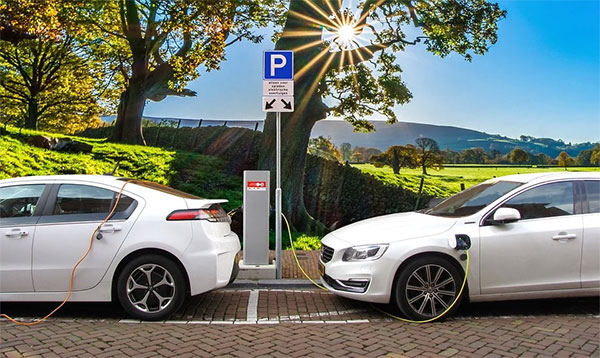 What is a tax credit?

Tax credits are essentially discounts or deductions on your end of year tax total. They are given out for various different reasons but usually to incentivize participation in a scheme or project.

The EV tax credit scheme was established in 2010 by the federal government. It promised tax credits up to $7500 to people who bought an electric or hybrid electric vehicle. The idea was to make EVs more affordable and in line with standard vehicles thus encouraging people to purchase greener vehicles.

Some states enhanced this scheme by offering further tax credits for their residents. These states sometimes offered additional benefits such as rebates for the vehicles and charging stations.

One thing to note is that EV tax credits are non-refundable meaning that it can only reduce your tax bill to zero. If the tax credit would take you below zero the remaining amount is forfeited. You will not receive any rebate from the federal EV tax credit scheme.

How Many Credits Do You Get?

The amount of tax credit you receive depends on the size of the car battery in the first instance.

The base amount for every qualifying car is $2500 but it increases by $417 for every 5kwh. This means that plug-in hybrids, which tend to have smaller batteries, qualify for fewer tax credits than fully electric vehicles.

The maximum amount of credits for any one vehicle is capped at $7500. It’s a substantial amount of money that could really reduce your tax bill come April!

The other thing that affects the amount of credit you receive is the number of cars sold by a manufacturer.

The first 200,000 cars sold by a manufacturer get the full credit amount. Once that threshold has been reached, the tax credits are halved for two quarters and then halved again for another two quarters.

Effectively, this means that a year after the 200,000th EV is sold a manufacturer is no longer able to offer the EV tax credit scheme.

Of course, as the scheme has been running for 10 years, some manufacturers have hit the 200,000 mark meaning their cars are no longer eligible for tax credits.

What Cars Are Eligible?

The tax credits apply to battery electric vehicles and plug-in hybrids. Regular hybrids do not qualify for the scheme.

There are requirements placed on vehicles if they want to meet the eligibility criteria. They are as follows:

The key thing to remember is that you have to purchase a new electric vehicle. Buying a second-hand vehicle from a dealership will not give you tax credits.

The idea behind the scheme was to encourage the production and sale of EVs not to make them a tradeable commodity in exchange for tax credits.

You must purchase the vehicle to qualify for the tax credits. Leasing the car from a manufacturer does not make you the owner. In the case of a lease, the manufacturer is still the owner so you would not benefit from the scheme.

How to Claim Tax Credits

Unlike most things to do with tax, claiming your EV tax credits is actually quite simple.

First, you need to purchase a qualifying car. That’s the fun bit.

When tax season rolls around, you’ll need to fill in form 8936 which is available here. It’s a fairly self-explanatory form that will require a bit of math but you shouldn’t have too much trouble with it.

Once you’ve filled in that form you need to use the figure to fill in the appropriate line on your tax return.

Remember that this is a non-refundable tax credit so you are not eligible for a rebate.

The tax credits are only valid for the year you purchase the car. You can’t roll them over if you don’t use them all.

Also, it sort of goes without saying, but you must be liable for federal tax to benefit from this scheme.

Will EV Tax Credits Run Out?

Yes, they will but there isn’t an end date. The scheme will run out when manufacturers hit the 200,000 unit limit and go through their phase-out.

As we’ve mentioned, Tesla and GM cars are already phased-out as of March 2020.

Nissan is likely to be the next manufacturer to enter the phase-out period. Currently, only the Nissan Leaf qualifies for the program and current sales figures suggest they have a bit of time before they hit the phase-out mark.

We mentioned earlier that some states offer incentives on top of the federal tax credits.

The incentives vary from state to state. Some only cover personal vehicles, others offer incentives for medium and heavy-duty vehicles as well.

To see what is available in your state or local area, click here.

The electric vehicle tax credit scheme is not as complicated as it first appears. The Phase-out period is what trips most people up, but with the exception of GM and Tesla, you don’t really need to worry about that right now.

In terms of success, I think we have to wait a few more years to see if it really made a difference to the electric vehicle industry. To individuals, it does make quite an impact on your finances.